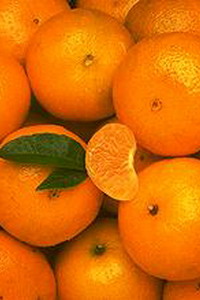 EVENT CALENDAR - TOKYO, JULY 219 (part 2)KAGURAZZAK FESTIVAL Dates: July 24-27. Venue: Kagurazaka, Tokyo. The calm area of ​​Kaguradzak is known for its sophistication. Once upon a time, it was a geisha quarter known for its… 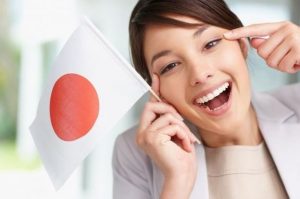 Tourist visa to Japan for Russians has become much more affordable!

Japan has always been attracted by its exotic culture, incredible architecture and futuristic transport. A tourist visa to the Land of the Rising Sun has now become more accessible, so the eastern culture has come much closer to the Russians.

SIMPLIFICATION OF GETTING A JAPANESE VISA TO ATTRACT TOURISTS
The Japanese government has been pursuing an active policy of attracting foreign tourists and workers to the country over the past few years. This became the reason for the loyalty of the authorities in visa matters and to the conditions of stay in the country not only tourists and students, but also foreign workers.And, of course, this is precisely what led to the decision to improve relations with the Russians by simplifying the procedure for issuing visas.

First of all, this will affect those who decided to buy a group tour. For example, for those who have purchased a package tour to the Land of the Rising Sun in St. Petersburg, a new type of visa will be applied for a period of 30 days – to receive you will only need to present a passport and fill out a questionnaire.

VISA PECULIARITIES
Japan canceled the consular fee and thereby made the visa free for all Russian citizens who make tourist trips. Changing the procedure for obtaining a visa will certainly affect the cost of the holiday.

Obtaining certificates has also been simplified, now you do not need an extract from the bank and a certificate of employment to apply for a visa to Japan, for example, in St. Petersburg or any other city in Russia.

REQUIREMENTS FOR TOUR OPERATORS IN CONNECTION WITH CHANGE OF VISA REGIME
Increased requirements for the tour operators themselves. Mandatory entry of a travel agency into the Association of Tour Operators is the main requirement of the Russian Union of Travel Industry.

Increasingly, Russian tourists wishing to relax in Japan, turn to travel agencies located directly in Tokyo. The fact is that Japanese companies offer their services at lower prices than other companies, in addition, due to their unique knowledge, capabilities, territorial location and experience, they organize high-level vacations.

Not so long ago, Japan made an attempt to ease the requirements for Russians entering the country by canceling the mandatory letter of the inviting party, in other words, the so-called invitations. Unfortunately, this did not reduce the time for applying for a visa at the embassy.

But fans of Japanese culture have always been, are and will be, and no obstacles to visiting the country do not bother them. The main requirement of tour operators is the purchase of a package tour, that is, a group trip. It is a package tour that makes it possible to obtain a Japanese visa in a very short time. For many vacationers, this condition is quite acceptable, most often they go to Japan as part of small groups.

But there is a flip side to the coin: some tourists want to feel the atmosphere of peace and tranquility, and not spend time in a noisy company, so they are ready to pay a significant amount for the sake of privacy with Japanese culture. But according to many tour operators, most often Russian tourists travel to Japan to see the sakura blossom and visit the famous Mount Fuji, and will be very pleased to simplify the procedure for obtaining a visa.
SOME NUES OF GETTING A JAPANESE VISA
Many Russians planning a vacation in Tokyo, Kyoto or Osaka, do not think about the fact that you can’t come to the Land of the Rising Sun simply by buying a ticket and grabbing a passport. Despite the simplification of the visa procedure, Russian citizens still need a visa to travel to Japan. To get it, you need to collect certain documents. Their list is not so great, because the need for some documents has disappeared, but this issue should be approached with all seriousness. As already mentioned, the Japanese Embassy, ​​which had previously demanded an invitation from a private person who was ready to take full responsibility for the Russian guest, now considers such a document unnecessary. In recent years, an invitation visa is not required, and it has become much easier to get it for a trip to Japan.

In 2019, a visa to Japan for a Russian tourist is only a passport and application form. Today, the Japanese embassy does not require a certificate of employment or an extract from the bank. True, this rule only applies to travelers who have acquired a group tour. And in 2017, the clause on the provision of a letter from a private or legal entity was canceled. Now a visa to Japan is issued without an invitation.

DOCUMENTS REQUIRED FOR A VISA
Passport for traveling abroad;
Visa application form, issued in duplicate;
Copies of internal and foreign passports;
Plan of stay in Japan with the date of arrival and departure;
Two photographs (size: 4.5 × 4.5 cm on a light background, without corners, black and white or color).
A picture must be taken no earlier than six months before applying for a visa. In the application form, it is also necessary to indicate the dates of arrival and departure, which coincide with the data on the tickets, and attach copies thereof.

You can’t go to Japan without a visa, but travel insurance is optional, however, in case of unforeseen circumstances it is better to get it. The fact is that Japanese medicine is very expensive. Therefore, it is best to draw up an insurance contract when traveling, especially if the tourist decides to come for an extreme vacation, for example, in the mountains.

SUBMISSION OF DOCUMENTS FOR VISA APPLICATION IN JAPAN
If all the necessary documents are collected, obtaining a visa for the Russians is not problematic, especially with the right approach to preparing all the necessary documents. You can apply for a visa in person or through a specially authorized person. Applications are accepted at Japanese consulates on business days (from 9.30 a.m. to 12 p.m.) without an appointment.

Please note that documents are not accepted by mail. Many make the mistake of sending the entire package of documents by mail. In this case, a visa will be refused, and the tourist will lose valuable time.

The application is usually considered no longer than 4 days, sometimes the term can be increased, this must be taken into account and documents must be submitted in advance.