TRAINING IN JAPAN AFTER CLASS 11 (part 2) 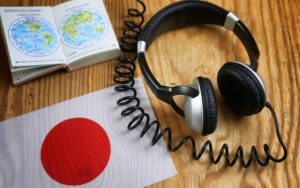 The program of most language schools is designed in such a way that students begin to feel comfortable after a few lessons. Of course, this does not mean that knowledge will be given easily – it is impossible to achieve success without one’s own efforts.

Having acquired knowledge in courses at a language school, students live in special student dormitories, but homestay accommodation is often organized. In this case, a double effect is achieved. Firstly, during class, the student is completely immersed in the language environment. Secondly, coming from classes, he will continue to be surrounded by the same language environment. This ensures the constant presence of the Japanese language in the student’s life, which allows you to quickly adapt to previously unfamiliar speech.HOW TO IMPROVE YOUR KNOWLEDGE?
Language schools are designed not only for those who start learning Japanese from the beginning, but also for more advanced students who have mastered the language earlier at a certain level.

The variety of programs allows each student to choose the best option, intensity and duration of study. As practice shows, students who studied at a language school, in most cases successfully pass an exam on knowledge of the Japanese language, which, incidentally, must be mastered at a level no lower than N2-N1, if you plan to enter the university in the future.
EDUCATION IN ONE OF THE MOST EXPENSIVE COUNTRIES OF THE WORLD ALLOWS TO SAVE
Of course, we all heard that Japan is very expensive, and some are confident that it is generally unrealistic for a simple student to survive here, especially from states with low average incomes. For example, for Belarusians or Russians, the price of courses may seem high. On the one hand, such allegations are well-founded, but on the other hand, everything is not so scary.

Part-time during training has a positive effect on the process of language acquisition, because during work, the student continues to practice the knowledge gained during classes ..
STUDY IN JAPAN WITH GAKU.RU
Gaku.ru is a Japanese company that has been organizing language training in Japan for many years. The peculiarity of our company is that we work with students of different nationalities, usually from the countries of the former CIS.

Gaku.ru specialists will help you choose not only the right program, but also decide on the school based on your budget, level of language training and personal wishes.
Gaku.ru assists in the preparation of all necessary documents.

THINK ABOUT YOUR TRAINING NOW
If you decide to enter a university in Japan, do not postpone the issue of future studies indefinitely. The sooner you start learning Japanese, the easier and faster you will learn it.

The basics of a foreign language can be obtained at home, and go to Japan to improve the acquired knowledge.

And finally, we cannot help but recall that the Japanese language opens the door to a world of endless possibilities. The world’s leading companies are Japanese companies that are happy to invite foreign specialists fluent in Japanese and English into their team. In addition, knowledge of Japanese will help to be realized not only in Tokyo, but also in any other country. Well, and most importantly, fluency in Japanese will be your pass when entering a university, whose diploma will be important in the career ladder.