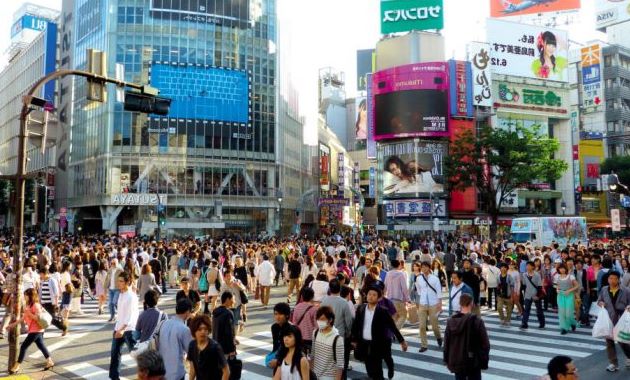 FLOWERING TIME
The canons of awakening In our time, everyone goes to the khans, but just like centuries ago, only when all things are completed. And just as in ancient times, the long-awaited spring for the Japanese is fleeting and limited to only one period of sakura blossom. With the beginning of flowering, forecasts are broadcast along with weather forecasts when the buds of the trees bloom in all areas of Japan. For this short period, the Japanese, no matter how busy he is, will surely make time to go out into the nature to admire the flowering trees. Few people now compose verses about the mortal nature of life under the falling sakura petals, but some companies gather under the canopy of flowering trees in whole departments for a kind of training: at a fun “breakfast on the grass” with colleagues and superiors it is much easier to get free and express your opinion if you were afraid to do it on work. Here, in nature, two essences of a Japanese character intersect: the Confucian ethical system of strict subordination gives way to Zen equality, self-contemplation, and merging with the outside world. The Japanese, taking Zen, is trying to merge with nature, while remaining himself, while being everywhere and nowhere. Zen is the acceptance of two extremes at the same time. Traditional arts are also subject to the laws of Zen. Whether slowly making tea at a ceremony, building a flower arrangement of ikebana, or drawing hieroglyphs with black ink on almost transparent paper, a person should reject thoughts and not invest a personal element in the action. He is only a tool, guided by Nature itself. And if the desired result is achieved – this is perfection itself in essence and in form.

… Once the master of calligraphy tried for a long time to bring out a hieroglyph, and one of his students watched the process. And no matter how hard the master tried, he heard only one word from the student: “Bad!” Then a strict observer came out briefly. Taking advantage of the moment, the master in an instant brought out a sign, not thinking about anything. The incoming student could only whisper: “A masterpiece …” As they say, perfectly written hieroglyphs should embody their meaning, that is, the hieroglyph “fire” – ignite the paper on which it is written. So everything that has been done in harmony with the Universe should pierce the whole essence of man, helping him to achieve this harmony himself. And come to Zen enlightenment.

SOURCES OF CULTURE
The Canons of AwakeningAnd spring is the time for the most beloved holidays of the Japanese: the Feast of Girls, or Dolls (Hina Matsuri), and the Feast of Boys (Tango no sekku), the Birthday of Buddha, or the Feast of Flowers (Hana Matsuri) and the Spring Equinox. There are also local temple and ritual celebrations held in only one area or even in one or two temples.

The holiday is, first of all, a unique national tradition, which, as a family heirloom, is carefully preserved and passed on to the next generation, so that from the young nails it feels involved in the great culture of its people. But in many ways, the original ritual and sacred content of significant days has long disappeared, giving way to a bright form of celebration.

So, initially at the Girls’ Festival, organized on the 3rd day of the 3rd month, the dolls served for the ritual of cleansing from negative energy (diseases and sins) before starting field work. They were made of straw and matter, and after the ritual of transferring everything evil from a living person to his puppet incarnation, they were allowed to go down the river. In villages where there were no rivers, dolls were burned in a fire. In the families of the upper classes – samurai and aristocracy – it was a custom to play with dolls depicting a man and a woman who helped children understand the complex system of human relations. And the Boys’ Festival, Tangono Sekku, held on the 5th of the 5th month, was at first a cult rite dedicated to praying for a future harvest, which was also to bring health and luck to all family members. By the time of the Japanese Middle Ages, it was transformed into a celebration of boys under the age of majority, that is, 15 years old, and was, rather, a patrimonial holiday of the samurai elite, since all the attributes of the festive ceremony – toy armor, weapons, battle flags – could only be owned by members of samurai families. On this day, the offspring of noble families took a bath with iris flowers, symbolizing valor, since the name of the flower is a homonym of the word “valor”.

But savvy people of “ignoble origin” found a way to join in the celebration and celebrate in their own way, replacing the banners with cloth images of a brave long-lived carp, hung on a high pole. Now the number of carps fluttering in the wind near the house indicates how many boys live in the family.

ONE WITH FLOWERS
Canons of Awakening According to Buddhist ideas, after death, a person will be reborn anew, and in which body (plant, animal, person or god) it depends on how he lived his life. Of course, taking the liberty of interrupting life ahead of time means greatly lowering one’s status in the coming reincarnation. But the Japanese are not afraid of death. The high suicide rate in this country once again confirms this. Both old and young leave their lives: some in order not to be burdensome to the young, others because of disagreement with the elders. Lovers who do not have the opportunity for some reason to unite in marriage, settle accounts with couples. The warning shields with a detailed description of what will happen to the body of the suicide if they do not find him for a long time also do not save …

The Japanese even know how to organize death beautifully. And what could be more beautiful than dying in the rain of falling sakura flowers?

What to grieve today
about flowers falling in vain? –
Is in the earthly world
my flesh is at one with flowers
will not disappear, will not be wasted? ..
Tanka translated by A. Dolina