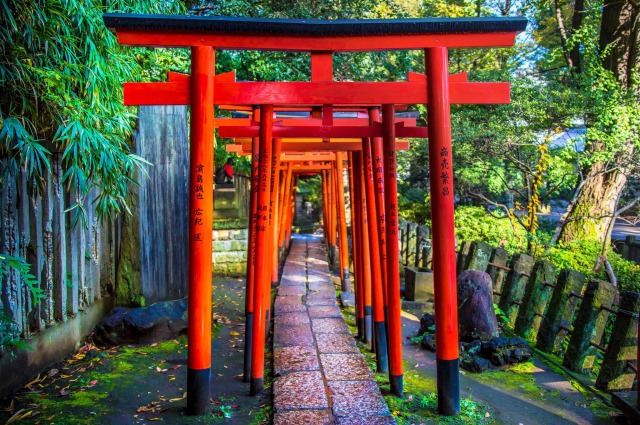 Haaru, spring in Japanese, is the time of flowering of the “sakura” decorative cherry, which is associated with one of the most beautiful holidays of the Land of the Rising Sun. From the end of March to the beginning of April, Japan is completely transformed: hundreds of trees bloom everywhere with white and pinkish-white flowers, which makes it seem from afar that they are shrouded in clouds or covered in snow flakes. Every year, many people gather in parks, alleys, gardens, near palaces and temples to enjoy a truly beautiful and breathtaking sight. This custom is called “hanami” (from the words “hana” – a flower and “mi” – to watch), which literally means “viewing flowers”.

Sakura is the national symbol of Japan, which is devoted to many songs and poems. There are about 16 species and about 400 varieties of this tree. The most famous are someyoshino, which blooms with white flowers, and sidarezakura (weeping sakura), on which pink flowers bloom. It is believed that the most beautiful sakura blooms in the ancient capitals – Kyoto, Nara, Kamakura.

Sakura blossom time Unfortunately, sakura blossom is short-lived. A gust of wind or rain is enough, and delicate flowers, not having time to blossom, quickly fall to the ground. Perhaps that is why in Buddhism, blooming sakura is a symbol of transience and inconstancy of being, and in poetry it is associated with a departed youth and love.

The tradition of admiring sakura flowers is universal in Japan. Every year, meteorological agencies and the media clearly monitor the beginning of the flowering season and report it as an event of national importance. The official opening of the sakura blossom season takes place in Shinjuku Central Park in Tokyo in the presence of the imperial couple. As a rule, all the famous political and public figures of Japan are invited to the festival.
HISTORY OF JAPANESE TRADITION WATCHING SAKURA FLOWERING
Sakura Blossom Time According to some sources, the tradition of admiring the blooming sakura appeared in Japan in the 7th century during the reign of the Tang Dynasty. Japanese aristocrats loved spending time under sakura blossoms, enjoying light drinks, music and games. During the time of Emperor Saga, the famous poet and calligrapher, at the court in Kyoto they began to celebrate sakura celebrations, which are picnics under flowering trees. During this period, poems were written praising the beautiful graceful flowers of Japanese cherries, in which they saw a metaphor for life: its inconstancy, ephemerality and transience. This was the beginning of the khans.

At first, this custom extended only to the elite and the imperial court. Soon he became popular among samurai, and by the beginning of the Edo period – among ordinary people.

In those days, sakura was a symbol of the harvest, and its flowering heralded the beginning of the rice planting season. According to the beliefs of the Japanese, nature was inhabited by spirits, so sacrifices were made offerings and libations. Later, sake was drunk at the rituals of offerings.

Sakura Blossom During the Tokugawa Dynasty, cherry trees were planted throughout Japan in order to spread and strengthen the tradition of khans. During the feudal period, blooming sakura became a symbol of the samurai and the code, in accordance with which they led their lives.

In the XIX century, during the Meiji reform era, cherry trees, which became a symbol of feudalism, began to be cut down by order of the emperor, however, after a while, the tradition of admiring sakura flowers revived again, becoming one of the most favorite holidays in Japan.

Today, people continue the tradition of celebrating the khans, gathering together under flowering trees and having picnics, which sometimes last until late at night. To fully enjoy the khans, people gather at ancient monasteries, palaces, parks and gardens, bring food and drinks with them and spend time enjoying a pleasant conversation with friends, relatives or work colleagues.

JAPAN'S BEST SKI RESORTSIn Japan, hundreds of different ski resorts are located, providing a wonderful opportunity to ride on the virgin snow. They are mainly focused on Hokkaido and Honshu. Most of them…