REGISTRATION OF VISA TO JAPAN. ADVICE TO TRAVELERS (part 1) 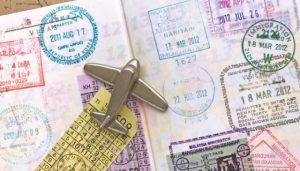 WHICH VISA FOR A TRIP TO JAPAN CAN BE OBTAINED IN SIMPLIFIED MODE
Despite the relative loyalty of Japan, not all foreigners will be able to obtain permission to enter in a simplified manner. For example, long-term business visas, including for Russians, are issued in the usual manner. But a tourist visa for an excursion to Japan can be obtained quite simply.

Starting this year, citizens of the Russian Federation who want to relax in Japan without any difficulties and in a short period of time will be able to obtain permission to enter at one of the consulates. However, problems can arise only in some cases:

six months have not passed since the previous refusal of a Japanese visa;
during his stay in Japan, a citizen committed offenses;
when checking the papers, the consulate employees had suspicions regarding the submitted documents or revealed evidence that the foreigner was not sent to the country for the purpose of tourism, or any other false information was revealed.
Thus, in the absence of offenses during a previous stay in Japan, the provision of truthful data and correctly executed documentation, a tourist is guaranteed to receive permission to stay in the country for a vacation, if, of course, he really decided to go to the Japanese Islands as a tourist and documented this.
LIST OF DOCUMENTS TO BE PREPARED FOR OBTAINING A PERMISSION TO CROSS THE JAPANESE BORDER
The list of visa papers has become very small, but the documentation must be approached with the utmost seriousness. The absence or incorrect filling of at least one of the documents may cause a visa refusal or return documents for revision.

If you decide to relax in Japan, then you need to prepare the following:

Valid passport.
Application form for everyone who wants to go on a trip.
Copies of plane tickets and hotel reservations.
Photos.
This list did not include additional documents that are necessary in some cases for traveling abroad, for example, a notarized permission to leave a minor or a court decision authorizing such departure. You can also find out more accurate information about specific documents, requirements for them and information on where to get them at the embassy (consulate) or the company that provides visa support services.
WHEN DO I NEED TO START TO APPLY FOR A VISA AND SUBMIT DOCUMENTS FOR ITS PREPARATION?
Most tourists try to plan a trip in advance, so many want to get a visa earlier too. But this does not always work. In the case of permission to enter Japan, you need to know the following:

the Japanese consulate accepts documents no earlier than 3 months before the start of the trip;
obtaining a visa is not possible if you apply for it at the consulate later than 14 days before the trip.
Despite the established deadlines, you can start the preparation of a package of papers in advance. Sometimes tourists have to reissue certain papers, which can increase the period for obtaining a visa. If the approximate date of the trip is determined, you should not postpone obtaining permission to enter the long box, it is better to prepare everything, and in three months formally apply to the consular office so that you can easily get the opportunity to go on vacation.
TYPICAL MISTAKES OF TOURISTS AT REGISTRATION OF VISA DOCUMENTS
The visa simplifications between Russia and Japan have led to an increase in those who want to go to a country that previously seemed out of reach for many. This, in turn, became the reason that tourists are not serious about the preparation and execution of documents for express visas, the list of which has been significantly reduced.

Often mistakes are made in filling out the questionnaire. The most typical include the following:

the spelling of the surname and name of the tourist in the questionnaire does not coincide with the data specified in the foreign passport;
the period of stay indicated by the tourist does not correspond to the tour;
your passport expires.
There are frequent cases of attempts to deceive embassies. In particular, we are talking about attempts to leave for Japan for illegal work under the guise of a tourist. It should be remembered that the identification of such a fact will cause a visa denial not only now, but also in the future.

We always recommend that you provide only reliable information and take full responsibility for obtaining permission to visit Japan.