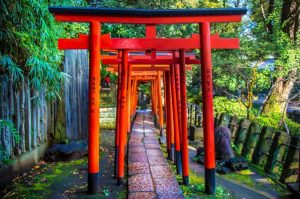 QUARTER OF HARAJUKU AND HIS SUBCULTURES
Fashionable and popular among Japanese youth is the Harajuku quarter. Japanese who are representatives of different subcultures gather here. It is especially colorful here on Sundays, when cosplayers dressed in their favorite characters go out to Harajuku.

We are sure that the photos from this quarter will become the highlight of any photo library, especially considering the fact that Harajuku is a regular on the covers of popular magazines, and the colorful visitors to the quarter agree to be photographed with pleasure.

You can also visit themed clothing stores specializing in the sale of clothes of various subcultures and design trends.

MEGURO – A PLACE WHERE THE AIR IS FILLED WITH SPECIAL FRAGRANCE
The Meguro River is itself a landmark that flows throughout the Japanese capital. But she is especially beautiful from the boat. A river trip along Maguro is an excellent option for a relaxing holiday, which will give you the opportunity to admire the Japanese nature, contrasting here with the modern Tokyo rhythm.

Meguro is filled with special beauty in the spring during sakura blossoms, which wraps the river on both banks, filling the air with an incredible aroma.

In terms of their beauty and abundance of places for photographing, only the gardens of Hamarikyu can compete with Meguro.

FUJI-HAKONE-IZU – BEAUTY UNDER THE SLOPES OF AN EXCESSED VOLCANO
Despite the fact that the Fuji-Hakone-Izu nature park is not in Tokyo itself, but about a hundred kilometers from it, nevertheless, having arrived in the Japanese capital, it is necessary to allocate time for a short excursion to this amazing place.

Of course, the main attraction of Fuji-Hakone-Izu is the extinct volcano of Mount Fuji. Is it possible to imagine a visit to Japan without visiting this mountain? Photos on the background of the volcano will be the pride of any tourist.

In addition to incredible photos against the backdrop of Fuji, there are many other beautiful places where you can spend an excellent photo shoot. The park has several lakes, as well as hot springs. Here you can not only shoot, but also have a good rest.

If you have the time, be sure to head to Fuji-Hakone-Izu!
TSUKIJI FISH MARKET
Tsukiji Fish Market has long been a real attraction in Tokyo, attracting thousands of foreign tourists every year. This place has long since ceased to be just a territory for the sale of fish and seafood, it is something more.

In fact, despite the fact that mainly foreigners come here to look at the tuna auction, and to buy seafood, here you can make unforgettable pictures. The thing is that the Tsukiji fish market is known for its flavor all over the world. Not for nothing that it has become one of the most popular places among travelers who come to Japan.

Since there are always a lot of visitors, almost no attention is paid to photographers here. In addition, you can take good pictures with sellers on the background of fish, squid and other inhabitants of the deep sea, who sailed in the ocean several hours ago.

TOKYAN TOWER
Tokyo is famous not only for skyscrapers, gardens and incredibly beautiful temples. Tokyo Tower, built in the middle of the last century, is still considered one of the visiting cards of the capital of the Land of the Rising Sun.

In its form, the TV tower is a copy of the famous Parisian Eiffel Tower, which in itself speaks of its beauty. But all the beauties open from the observation deck. From here an incredible view extends to the entire capital, and in clear weather the peak of majestic Fuji is visible.

Photos on the background of the tower, as well as pictures from the observation deck, will occupy a worthy place in the album of any amateur photographer. If you have a powerful lens, then from a viewing platform in cloudless weather you can take good photos against the backdrop of Fuji. Of course, they can not be compared with the pictures that can be taken in Fuji-Hakone-Izu Park, but still they will not leave you indifferent.

TOKYO SKYTREE
Tokyo SkyTree is another Tokyo Tower that opened in 2012. She lures some tourists from the Tokyo Tower. Its main feature is height. The thing is that Tokyo SkyTree is the second tallest building in the world! The height of Tokyo SkyTree suggests the ability to take cool photos from the observation deck. Of course, the height of the tower gives its advantages, allowing you to even better see the city and take better photos of Fuji, while in Tokyo. True, this can only be done in good weather.

Going to Tokyo SkyTree, you need to follow the weather forecast, otherwise you can be disappointed with the inability to take pictures due to inclement weather. 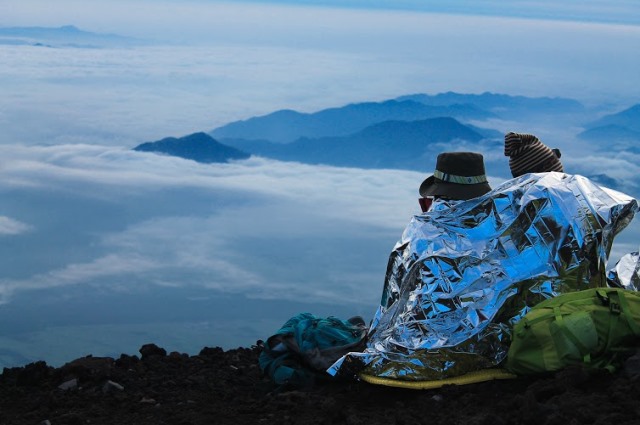