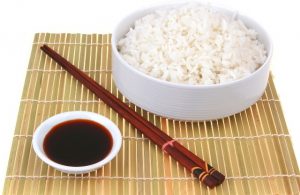 8. DO NOT BE ABUSED WITH STICKS
Before heading to Japan, learn how to use chopsticks (o-hashi). It is not that difficult. It’s enough to practice a little to impress the locals with their ability to deal with Japanese cutlery. Here are a few etiquette rules regarding chopsticks. Do not swing sticks over the dish, do not use them for pampering, for example, as drum sticks, do not point them at people. Always use two sticks; do not pierce food with one stick. Never put them directly in a bowl of rice and do not pass food to another person with the help of chopsticks – this will be considered a manifestation of a lack of education. Also, you can not use sticks in order to pull the dish to yourself. Do not lick or bite the tips of the sticks. Do not cross them in the shape of an “X”, do not put them on a plate. After stopping your meal, simply place the chopsticks in front of you on the left.

9. DON’T BE AFRAID OF SIPPING AND BURBING
Tourists coming to Japan for the first time are very surprised to see how the Japanese eat. The fact is that while eating, the Japanese can slurp, smack, suck on food, chew loudly and even burp, and this will be a polite sign meaning that they like food and they enjoy the meal! Sometimes it seems that the louder the burp, the better the praise for the cook. So you can forget what your mother taught you (if, of course, this fits into your decency framework), and create a little noise at the Japanese table. The cook will be flattered.

10. DO NOT PUT YOURSELF TO YOURSELF
Alcohol occupies an important place in the life of the Japanese, there is even a certain custom. It consists in the fact that the glasses of colleagues and friends are constantly filled. This means that guests will constantly add alcohol. Therefore, be careful, it can be difficult to keep track of the amount drunk! Remember to take care of others. The most polite and honorable way is to pour with two hands. Kampai!

11. DO NOT LEAVE TIP
Tipping is not a standard practice in Japan and will actually be perceived by the locals as an insult. Service workers, such as waiters, taxi drivers and hairdressers, receive a reasonable salary and do not wait for an additional bonus from their customers. Forget awkwardness and don’t tip.

12. STOP DISTRIBUTING MICROBES
Many Japanese people make the unspoken commitment to wear protective surgical masks when they find out they have a cold or the flu. In Japan, masked people can often be found on the streets and in the subway. It may seem overly extreme, but in such a densely populated country it is better to keep others around, especially if you are sick. By the way, another thing that should not be done in Japan is to blow your nose in public.

13. DO NOT SPECIFY ON BREAST, SAYING “I”
Sign language is different in different countries. One of the most common gestures faced by tourists who come to rest in Japan is a gesture that means “I”. Westerners, pointing to themselves, point to the chest, and in Japan you need to point to the nose, saying “I”. This may look somewhat unusual, but this is the tradition of gestural speech in Japan.

14. AVOID NUMBERS “4”
In Japan, the number 4 is very superstitious, similar to the unlucky 13. The number four in Japanese is pronounced “si”, it has the same sound as the word “death”. In fact, there is an alternative pronunciation for this number, “yon,” so you can try to avoid such unfortunate extra values. Arriving to relax in Japan, you can notice the lack of the number “4” in the rooms, floors or seats in the transport. Nine is another unsuccessful number for the Japanese, which is avoided by the locals, as “kyu” sounds like a word meaning torture or suffering.

15. DON’T BLAST ON MOBILE PHONE
Japan is one of the most populous countries in the world, and mobile devices are extremely common here. You might think that with such a population density, everyone is talking on a cell phone. However, this is not so, although almost everyone has a smartphone. However, there are some socially agreed etiquette rules for talking on the phone in public places. For example, in Japan it is considered indecent to have a loud telephone conversation on the streets, on trains, buses or in other public places. Most likely you will be asked to switch the phone to silent mode in such public places as the hotel lobby or in restaurants.

16. DO NOT TOUCH PEOPLE
Unlike Europe or Latin America, where hugs and smacking on the cheek are welcome even among distant acquaintances, Japan is more restrained with public manifestations of love. In Japan, you will almost never see people holding hands, walking hand in hand or kissing in the streets. Even those who are madly in love will be reserved in public. Do not expect any physical contact when greeting or saying goodbye to close friends in Japan.